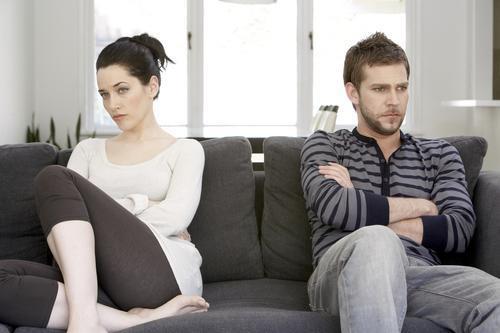 While there are plenty of red flags to watch out for when it comes to girls dating guys, what girls tend not to realize is that us guys have our own set of red flags to watch for when dating them. Not every woman is a perfect strawberry unicorn princess, after all, even though they think they might be. Two people coming together on a date, particularly when it comes to adult dating sites, is a union of two people who most likely have vastly different perspectives on life. Of course, it’s possible for that union to move past the first date, but only if the two parties involved are on a relatively similar page. The unfortunate fact is that, in a casual relationship generated from online hookup sites, it might be revealed that the woman you’re seeing is not on any page whatsoever — she’s merely waving a crimson red flag, which indicates that you should get as far away from her as possible as soon as you can. Dating in Australia can come with truly arduous trials, and some of them are worth overcoming. Others, however, are certainly not. Read on to find out the 6 red flags to watch out for on a first date in australia.

When it comes to casual affairs, we want things to just be smooth and casual. That’s why, when things take a turn for the serious far too soon, it’s a sign that you should proceed with extreme caution. A first date is no time or place for a woman to be talking about exclusivity between your relationship. It might be flattering that she wants you all to yourself, but keep in mind that she barely knows you. In these cases, the woman in question is more into the thought of having a boyfriend (any boyfriend at all) than she is of having you as a boyfriend. So if, after only a few hours of dating you, she brings up the idea of exclusivity, take that as your first major warning sign.

During a first date, the last thing you want to think about is dealing with in-laws. That comes way, way later in the relationship, and only if this date progresses into a relationship, of course. If she’s already talking about how excited she is to introduce you to her parents, or how she can’t wait to meet yours, that is quite wacky, to say the least. Take this as red flag number 2, but proceed with the date smoothly.

She Isn’t Respecting You

While over-earnestness can definitely be a sign of a red flag, the opposite can be considered one as well. If she is acting rude, and doesn’t seem as though she values you, this is by no means acceptable behaviour, especially not on a first date. A date should be had between two parties who are mutually respectful of and interested in each other. If she’s all but rolling her eyes at your stories, or if she’s laughing at you and not with you, this is red flag #3, and you should start considering an exit strategy as soon as possible.

She Gets Physically Violent

Violence outside of movies is never cool, not even when a girl does it to a guy she’s dating. Playful nudges here and there are fine, but if your date scratches you or smacks you a little hard when you say something she doesn’t like, this is a sign of prolonged violence to come in the future. If she’s being physically violent toward you on the first date, this is red flag number four, and you may very well find yourself perspiring slightly at this point.

She Keeps Talking About Her Ex

This one is not only a blaring red flag, it’s also a turn off. This lady is on a date with you, so she should not be talking about her ex the whole time. What do you care about her ex? You don’t care one bit. She should realize that. We understand that coming out of a long-term relationship isn’t easy for anyone, but that’s no excuse for someone to be blabbing about their ex throughout the entire date. That displays an extreme sense of self involvement and lack of common sense. Excessive conversations about her ex is red flag number five, and it means that it’s time to ask the waiter for the bill.

Excessive negativity is a real bore to anyone, unless of course you’re the type to bask in that type of stuff. If the woman you’re on a first date with has one positive remark for every nineteen negative remarks, then she’s a negative Nancy who will darken your soul slowly over a long period of time. It’s totally acceptable for people to vent negatively when something seriously unfortunate happened to them, but there’s a difference between venting and being negative to the core. Consistent negativity coming out of your date’s mouth is red flag number six, and it probably means that it’s time to call it a night.

5 Ways to Deal With a Jealous Boyfriend

How to make no strings attached dating possible