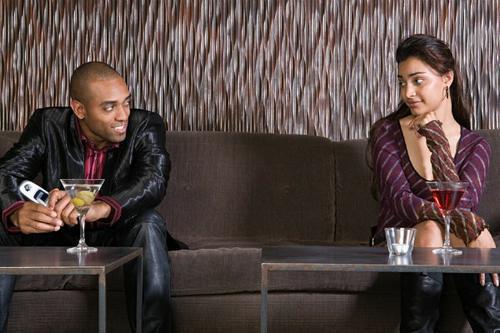 What Not To Say On Sex Sites

Being guys, we tend to say dumb things all the time. In most cases, the repercussions are small, since people don’t tend to expect us to say anything of dire pertinence most of the time. In some cases, however, saying a dumb thing can lead to us ruining an awesome opportunity. We’re talking, of course, about getting laid with casual sex sites. Just because the interactions on online hookup sitese are done through a screen, doesn’t mean that we’re not messing up our chances of getting laid through casual encounter sites by not thinking twice before we type something up. Read below to find out the 7 things that you should never say to a woman during an online chat.

How Old Are You?

If this question doesn’t come off as creepy, then it usually comes off as offensive. You’re either asking her because you want to know if she’s too old for you, or not old enough. In either case, you have no business in asking a girl how old she is, online or otherwise. Just make sure that her profile pictures indicate a woman who’s close enough to your age, and leave all questions of age out of the equation.

What Are Your Erogenous Female Zones?

Okay, this question makes the last one seem kind of normal. There are ways to talk dirty, and then there are ways that you should never talk dirty, ever. Asking a girl what her erogenous female zones are or any excessively syllabled variation of that question make you come off as a creeper scientist without his high school diploma. Okay, maybe you’re asking because you’re interested in this other party having an orgasm, but use just a little smidgen of common sense before asking questions like these.

How Much Do You Weigh?

This one’s a big, big no. Why do you want to know how much she weighs, anyway? Do you even know what a woman is? She’s a lot of things, and one of those things is a person who definitely does not appreciate it when men — especially men that are trying to date her — ask her how much she weighs. This is sacred, private knowledge to a woman, and is not meant for a man’s eyes or ears. Every girl weighs as much as a bag full of feathers, and that’s all you’ll ever need to know. Stay out of this one. Don’t even think about it, for crying out loud.

Do You Have Any Dating Tips For Me?

Why would you ask this question to the woman you’re trying to court? This is a question best left to the boys during a poker game. Ask your friends if they have dating tips for guys like you, then use them on the women you chat up online, and on the dates that result from those chats. It’s simple, really, not rocket science.

What Did You Do To Your Hair?

Regardless of how crazy her hair looks in her profile picture, you need to keep in mind that she likes her hair that way, and anyone who suggests otherwise definitely won’t be getting in bed with her anytime soon. If you’re talking about her hair, the only thing you’re ever allowed to say is, “I love your hair.”

This one is just rude. Dating a girl means listening to her and reciprocating interest. Sure, sometimes they say some stuff that we really don’t care about, but the last thing we should do in these cases is blatantly announce our lack of caring. That is, if we ever plan on going on a date with this person. If she’s saying a string of things that you absolutely can not be bothered with, then just move on to the next girl. No need to hurt her feelings. If you tell her that you don’t care about her, you can be sure that she’ll instantly stop caring about you.

Will You Marry Me?

No, please no. The answer will be no, consistently, every single time. It does not matter how perfect for each other you think you are. For crying out loud, you just met this woman online, not even in person yet. Asking to marry her is a guaranteed way to get her running for the hills. Unless, of course, she says yes, in which case we suggest you shut off your computer and delete your account, immediately.

The 4 best ways to chat with adult singles in Australia